Weird Emmett and the Red Poppy 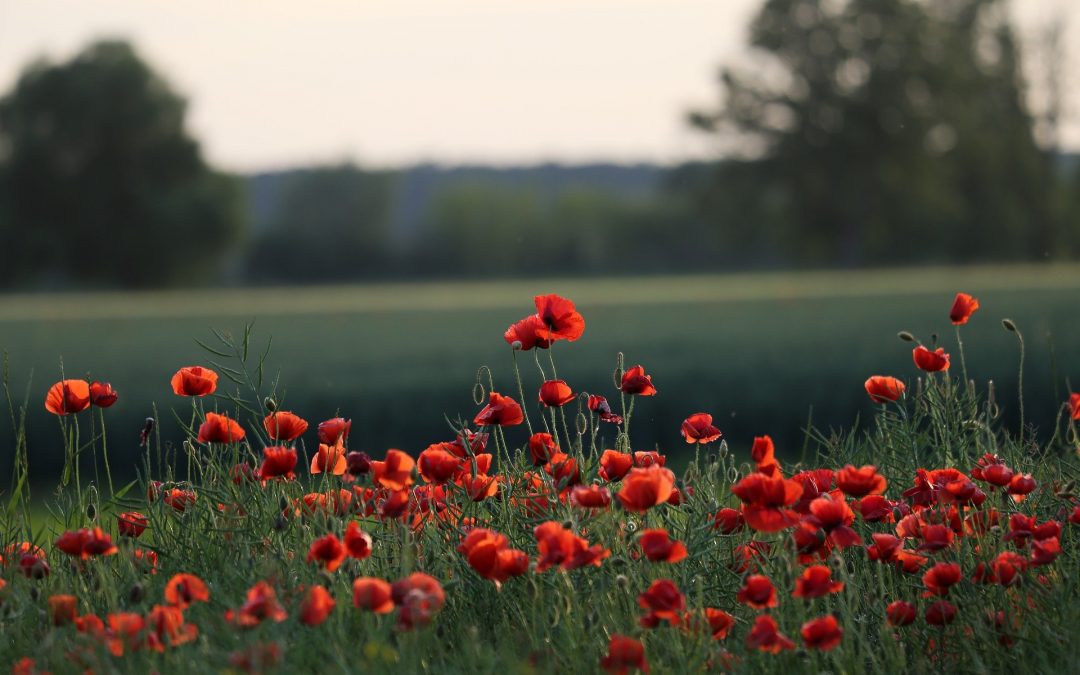 He slouched rather motionless, sweat dripping off his brow. My friends and I giggled and approached him, spritely hopping around his chair. As long as I could remember in my ten-year-old life, our neighbor, Emmett Armstrong, had donned his woolen WW I uniform every Memorial Day, pulled up a rickety lawn chair to the quiet street, and sat there greeting anyone and everyone he encountered.

“Aren’t you hot?” one of my friends asked him. “Why are you wearing that?”

“It’s my uniform,” he gruffly replied, “from the Great War.”

“What’s that red flower on your jacket for,” I asked quizzically, cocking my head.

“It’s called a poppy,” he replied. “I wear it to remember all my friends who died in the war.”

He sighed a deep breath and turned towards me. Somehow, I knew I was in for some “schooling.”

“The Great War, as it was then known, destroyed the landscape of Western Europe, where most of the fiercest fighting took place. But up from those battlefields, bright red flowers began peeking through. It was as if they were reminding everyone of the blood that was shed and the new life that always follows death. This red poppy became a symbol of remembrance. I vowed I would always wear one on this day,” his gravelly voice trailed off with his thoughts.

I nodded knowingly, even though I didn’t understand.

“Weird Emmett,” as he was known among my neighborhood friends, was a bit of a curmudgeon and quirky in his ways. But he was also emblematic of the patriotic holidays in our little town, as he proudly wore his uniform every Memorial Day and Independence Day. It seemed rather appropriate that Mr. Armstrong passed away on Memorial Day in 1976, the year of our nation’s bicentennial.

Sadly, today’s pandemic has kept an entire generation of elderly in isolation, even tighter than the one they normally live in. Many sit in their rooms unable to leave or to socialize even with their families or friends. “It’s for your safety. It’s for your own good,” we reassure them. But social isolation and loneliness are hotbeds for the growth of depression and anxiety. It’s entirely probable that over time, the forced isolation that keeps the elderly from the virus will cause a deterioration in their overall health. This behooves us all the more to reach out the best we can with cards, calls, and FaceTime, but it’s not the same as face-to-face conversations like the one I had with Mr. Armstrong that Memorial Day.

By accepting isolation, the elderly are actually performing a heroic act. By remaining healthy (hopefully) in their homes and living facilities, they are keeping the virus from spreading. The bravest generation is, in essence, making one final sacrifice for their country.

When this pandemic has ended, let us make a new resolve to “rise in the presence of the aged and honor the elderly face-to-face.” (Leviticus 19:32a ISV)