The Commission and the Test – Week 1 of Lent 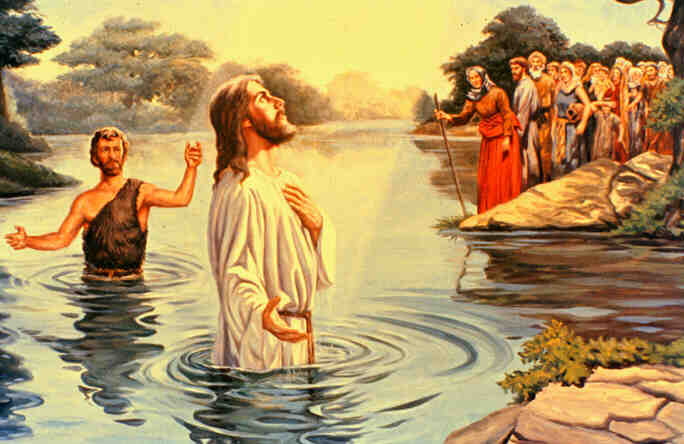 “No…no…no! God forbid!” sputtered John. “That’s absurd…preposterous! I need to be baptized by You, and You come to me?”

“Do it.” Jesus insisted. “This is the time. The Father’s plan is coming together, and you are a part of it.”

Jesus’ identification with mankind was so complete and thorough, He was baptized that day by John although He had no sin and was completely pure. His willing descent had all of heaven on it’s feet, no doubt! He was the apple of His Father’s eye, the darling of heaven, the very Creator of the Jordan River, which descends geographically lower than any river in the world. What a vivid picture of our Lord’s humility! He was immersed under the murky waters and came up anointed from heaven to fulfill the Father’s plan.

So fully pregnant was this moment that heaven’s veil was torn open! The Holy Spirit descended upon the Son and rested on Him like a dove. Not only that, the Father was there, too. All three in one moment! Warm and reassuring came His voice, “You are My beloved Son; I take delight in You!” Undoubtedly, there would be many cold nights that Jesus would reflect upon this moment in time. Soon He would no longer be hidden but thrust into the roving public eye.

With the praise of His Father still ringing in His ears, He knew what He had to do. He was to go into the wilderness along the western shore of the Dead Sea to fast and pray. A more desolate and forbidding place would be difficult to find. But He was compelled. He left immediately without provisions of any sort, as He knew He would be fasting for 40 days and 40 nights.

After completing the fast, Jesus was approached by Satan three times in an attempt to produce sin in Him so it would render Him forever incapable of becoming our sacrificial Lamb. Jesus had become fully man at the Incarnation, and hence He could be tempted, with the real possibility of falling. The temptations He faced from Satan were not pseudo temptations; they were as real as any we face. He became like us in ability to fall, that He might make us like Himself in power to resist! (Hebrews 2:17,18; Hebrews 4:15,16) The spiritual history of mankind revolves around two persons; namely, the first and the second Adam. The temptation of Christ, the second Adam, was as real as that of the first Adam. The failure of the first Adam brought sin and death; the success of the second Adam brought victory and life!

Every commissioning is followed by testing. Satan tempts us to obtain for ourselves with our own means what God has promised us. The tempter would give us a speedier possession, but God provides a lasting one. This Lenten season, let us put to remembrance God’s promises and expectantly wait for their fulfillment in God’s way and time. They will surely come!