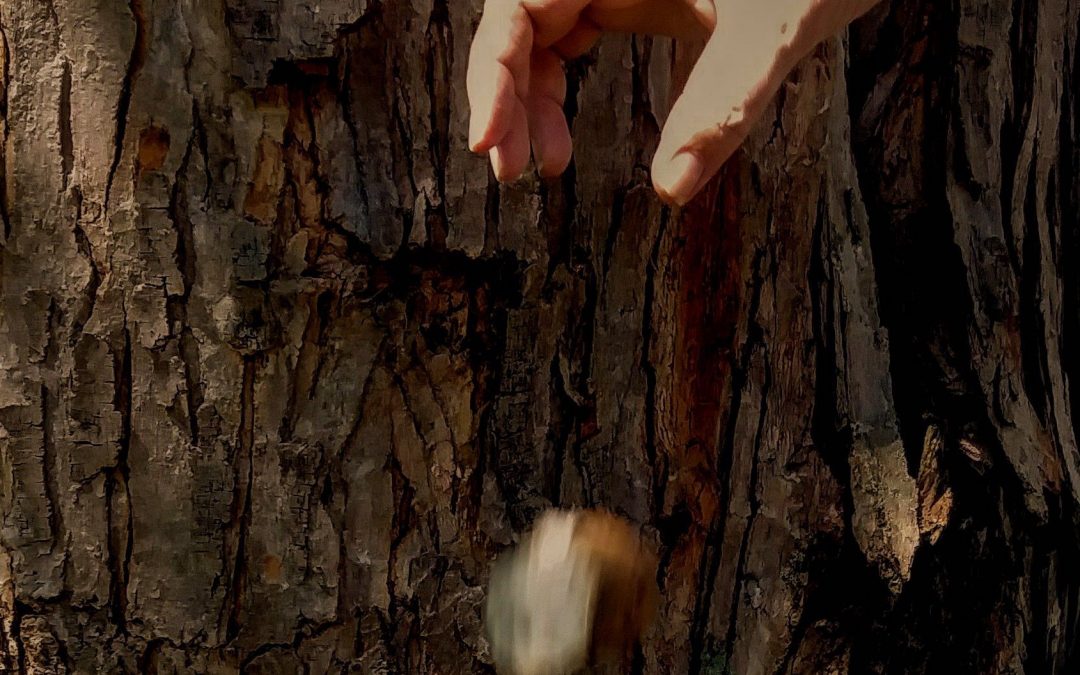 The temple was crowded that day. Warm, moist heat surrounded me. The sun was brilliantly golden. This was not the first time I’d come to hear this man teach, but I was still uncomfortable with my surroundings. I sensed it was even a little dangerous, for there was talk that the rulers were waiting to catch him breaking our laws. But… I had come.

He was speaking of some things I understood, some things I wanted to believe and understand, and yes, some things I could not understand. I knew very little about him while my husband and his family knew more. They had been with him many times and would come home after a day’s journey and talk while eating bread and honey. Even then, I stood in the shadows of the lamplight and listened to the tales of deliverance and healing. At times, I wanted to ask questions, but my doubt and fear held me back. But here I was today listening and watching, itching in my robe with sweat gathering in the small of my back.

Suddenly, there appeared a group of men – learned men, rulers and Pharisees – dragging a woman. Dirt mixed with sweat covered her nearly naked body as they pushed, pulled, and yanked her. She remained silent. With a roar, they threw her down before him and declared,” Master, this woman was taken in the very act of adultery! According to the law of Moses, she should be stoned. What do YOU say?”

I sat stone still, puddles now pooling in my robes. I didn’t know where to look. The rulers seemed angry and accusing; the people in front of me were craning their necks for a better view. I could not see him for he had knelt down. The crowd became hushed and quiet. The rulers stood rigid and straight continuing to ask the same question over and over again. Why was there no answer? My body tensed in the moment, and through the crowd, I could see her hand clutching at the dirt.

Quietly, he spoke as he arose, “He who is without sin among you, let him be the first to cast a stone at her.” Then he stooped down again. One by one, the accusers left, heads bowed, silent now. The crowd relaxed.

Her hand no longer clutched at the dirt in agony. He stood and asked her where the accusers were. Had no man condemned her? She answered, “No man, Lord.” He reached down and helped her up and said, “Neither do I condemn you; go and sin no more.” As she walked away, someone from the crowd ran after her with a cloak for a covering.

I sat stunned. I had to get away, run away. I made it through the crowds, slowly at first, then shoving and running. Over there is where I sat, on the smooth, cool steps in the shade. My mind was reeling, and my heart pounding. His words, “Neither do I condemn you,” relentlessly pushed at my thoughts as I pressed on my temples. “Oh, my God, how can this be? To break an age old law? To forgive such a great sin as this? Does this mean I, too, can be forgiven for my sin, my breaking of the law?”

I heard a weeping, gasping of breath, weeping some more. I lowered my gaze and saw her sitting below me, wrapped in a cloak, sobbing. As I slowly arose and took her hand, the stone fell from mine.

Father, am I clutching at stones? Waiting to hurl them at others?

At whom am I pointing my finger, Father?…and why? Father, reveal to me any hardness of heart, anywhere Your redeeming light is not shining.

Create in me a clean heart, oh God, and renew a right spirit within me. Amen.