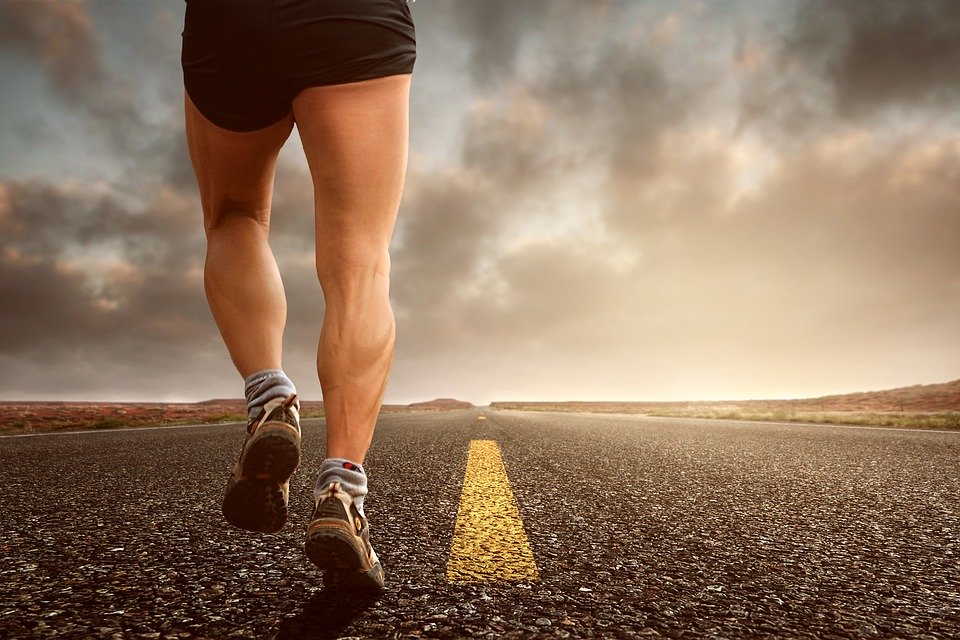 “I will take it from here,” He asserted gently but firmly as I slowly opened my clenched fist and released my Baton.

I don’t know how long I stood there across from Him, my hand on one end of the Baton and His on the other.  Perhaps years.  But now it became clear I was wasting time.  I wondered why He never yanked on It.  Not once.  But neither had He let go of it.

Slowly, I watched it slip through my fingers.  The minute my Baton was completely in His hand, He took off like a bolt of lightning.  He ran with the wind, leaving me standing there in a whirl of dust.  Somehow, I knew He was making up for lost time.  Time lost in the prolonged and delayed transfer.  “Don’t drop it!” I shouted, wondering if He could hear me.

The Man turned His head and shouted back, “I’ve got it.  We’re going to finish this race!” And then He was gone.

“Better to let go now than lose the race later,” came the words so clearly that I looked around me for the source.  But I was alone.  All was dry and desolate.

Like a scene from a Western movie, tumbleweed skirted by me hurrying on their way to nowhere.  The desert wind continued to blow up little dervishes of sand around my feet as I thought, “What now?  Where do I go from here?”  I felt my heart sinking fast.  “Should I go back to the beginning?”  No, that didn’t seem like an option.  But I knew I couldn’t stay here.  There was no life here.

Just then, I felt a familiar hand on my shoulder and I spun around.  My husband!  I was unaware he had been watching the scene unfold from a short distance.  “I’m so glad you’re here!” I cried.  “What do we do now?  He’s gone.”

He pointed to a car parked in the distance.  “Let’s drive to the finish line and wait there,” he spoke reassuringly.  With our arms wrapped around one another and the wind whipping strands of hair around my face, we reached the car and welcomed the reprieve from the dusty gusts of wind.

The car was old, like a model from the 1950s, but it started right up.  “Where did this come from?” I thought but didn’t ask him.  I was just relieved for the provision, ancient though it was.  Relieved to being going somewhere else.

I was surprised at how quickly the scenery changed as we drove.  The desert gave way to lush, green landscape.  Pastures and fields outlined with trees and streams clicked by my view through the car’s window.  Slowing the vehicle down, my husband pulled up to a field, and I could see a large crowd standing around in the distance.  We got out and walked towards them.  “Who are all these people?” I asked incredulously.

“These are the ones waiting for their own Batons to cross the finish line,” my husband replied.  The crowd was abuzz with lively conversations.  The whole group seemed engaged with one another although there appeared to be hundreds of thousands of people.  I knew in an instant this is where we belonged and felt an incredible sense of gratitude.  As we walked among the people, every few minutes a roar would go up as another runner crossed the finish line.  Then the runner would be engulfed in a sea of people, waving and clapping and shouting.

My husband and I made our way to the finish line and began to look out across the field for our Baton…our son.  Our hearts leapt as in the distance we saw him coming.  However, not one man but two!  Our Baton was no longer in the Man’s hand but was running beside Him in tandem.  As they drew closer, we could see their faces, all sweaty and glowing.  As soon as our son recognized us, a huge smile lit up his face, and he picked up speed.  A group of family and friends gathered all around us in anticipation of The Crossing.  Then he was in our arms, his chest heaving breathlessly, exhausted but exhilarated.  He was taller and more muscular than I remembered him.  Truly a man.  Truly God’s man.  And then The Man turned and winked at me.

“I have fought the good fight, I have finished the race, I have kept the faith.” (II Timothy 4:7 NKJV)

*  What is your Baton?  A child, a ministry, a job?  It could be anyone or anything God has given you management over that you have held onto.  Has God asked you to surrender it to Him?  Are you keeping the person or work in immaturity by not releasing it to God?  Can you release your Baton to Him?

*  My husband was a lifeline when he showed up in the story.  It was at the point when I felt so helpless and hopeless like all had been lost after releasing the Baton.  He gave direction and purpose.  Who has shown up in your life at just the right time to give you hope and direction?

*  God always leads us into life, even after the loss or surrender of someone or something important.  How is He leading you into life right now?

*  The passing of the finish line is not necessarily death and entrance into heaven. It can also represent the end of one thing and the beginning of another.  It can be the maturation of a person or ministry.  The fulfillment of a dream.  The answer to a lifelong prayer.  What “finish lines” have you crossed?  Which one are you striving to cross?

Prayer:  Father, to the best of my ability, I release my end of the Baton and leave it in Your hands to run with.  I trust You to finish what You have started, not only in my life but in the lives of those I love.  Amen.