Nameless and Faceless at the Airport 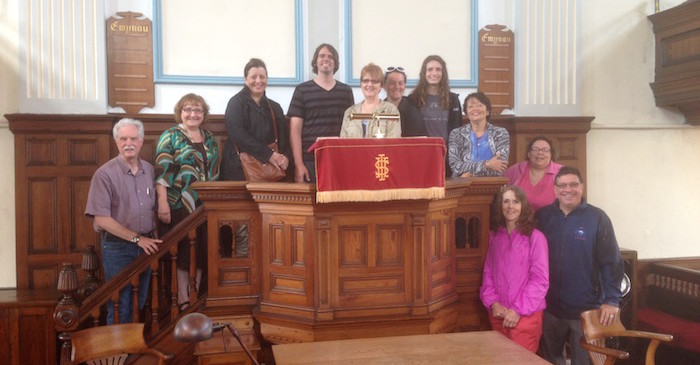 Never in our wildest imaginations could we have dreamt what lie ahead of us as we innocently strolled into the Fort Wayne International Airport on that June day.  Connected by our common call and community life at Heartland Church in Fort Wayne, Indiana, our team of eight people (later to be joined by three others) was headed to Wales to help re-dig the wells of revival in a land that has known tremendous revivals in the past.  We were unaware of the challenges before us to literally get off the ground and to arrive in Wales.

Up to this point, we had met as a team on a couple of occasions, prayed and persevered our way through confusing applications for visas, and prepared ourselves as best we could for the 10-day mission.  Sadly, two of our anticipated team members did not receive their visas in time, but the remaining members were now on our way.  We could hardly contain our excitement!

We checked our baggage and plopped down to wait for the announcement to board our plane for Atlanta where we would make a connecting flight to Amsterdam and then to Cardiff, Wales.  Or so we thought.  Five hours later, we still had not boarded, and we knew we would miss our connecting flight in Atlanta.  Finally, we were notified that our plane, which had come from Chicago, could not take off due to the absence of a fire extinguisher on board!  We would have to wait for another fire extinguisher to arrive from South Bend.  Once the coveted piece of equipment appeared, the plane underwent the usual inspection but did not pass apparently due to a non-flushing toilet.  Well now, that could be a problem!  The humor of the situation helped to ease our frustration, and we breathed a sigh of relief as another plane was readied for our flight and off we went!

Having been told in Fort Wayne to wait until we arrived in Atlanta for more options, we headed to the desk to rebook our flight to Amsterdam.  Hours later, in the wee hours of the morning, we were informed we would have to spend the rest of the night in Atlanta and take a flight to New York City in the morning to make our connection to Amsterdam!  Our team was exhausted by this time but gratefully accepted a few hours of sleep at a nearby motel, except our team leader who stayed behind to finish booking the flight.

Early in the morning, we arrived back at the Atlanta airport to fly to New York City.  Landing in the Big Apple, we were starting to get wise to the spiritual opposition that was taking place, and yet the team did not waver or cave in to discouragement.  We were on a mission, and it would be accomplished one way or another!  We were to have a short layover before departing for Amsterdam.  However, once again, we discovered our names did not show up on the registry for the flight although we had our boarding passes in our hands!  With a collective sigh, we repeated the same process again of rebooking yet another flight to Amsterdam.

Arriving in Amsterdam with a prayer on our lips and our boarding passes in our hands, we checked with the desk regarding our flight to Cardiff, whereupon we discovered our names had mysteriously disappeared from their registry.  At this point, it became almost laughable, even though this meant we would not make our first meeting, which was to be held at Belmont Baptist Church in Tremorfa on Sunday morning.  For the final time, we rebooked a flight for our long-awaited, beloved destination…Cardiff, Wales!  Being informed that there was a 95-100 percent chance that our luggage would be lost due to all the flight changes, we were preparing ourselves for that probability.

Never has a landing been more anticipated!  Exhausted but somehow exhilarated, we finally touched foot on the hallowed ground of Wales.  We were “grilled” at the U.K. checkpoint, and happily, all of us passed.  Surprisingly, all but two of the team members received their luggage. However, our transportation problems were not yet over.  We had reserved two vans with a rental company.  Unbelievably, we were informed they did not have this reservation, and indeed they had no vehicles whatsoever to rent us!  Turning to another agency, we were able to secure three cars for our use while in Wales, albeit at twice the price!

All of this demonstrated to us just how important this mission was on God’s agenda, as we experienced so much opposition from the Enemy just to get there.  Although our names were seemingly blotted out from all flights, we were reminded that the Enemy’s plans were trumped by the truth of God’s Word:  “See, I have written your name on the palms of My hands” (Isaiah 49:16).  Having our names in God’s book and on God’s hands was far weightier than being in anyone else’s book or having a ticket with our names on it in our hands.  We were clearly on Satan’s radar, and as the prince of the power of the air, he attempted to hinder and frustrate God’s plan.  How sobering to realize our struggle was not against the airlines but against “the rulers, against the powers, against the world forces of this darkness, against the spiritual forces of wickedness in the heavenly places” (Ephesians 6:12).

Unknown and unrecognized on earth, nameless and faceless in the airports, but known very well in heaven, the Heartland mission team entered Wales, and the spirit world stood at attention.