More Than Enough – Week 4 of Lent 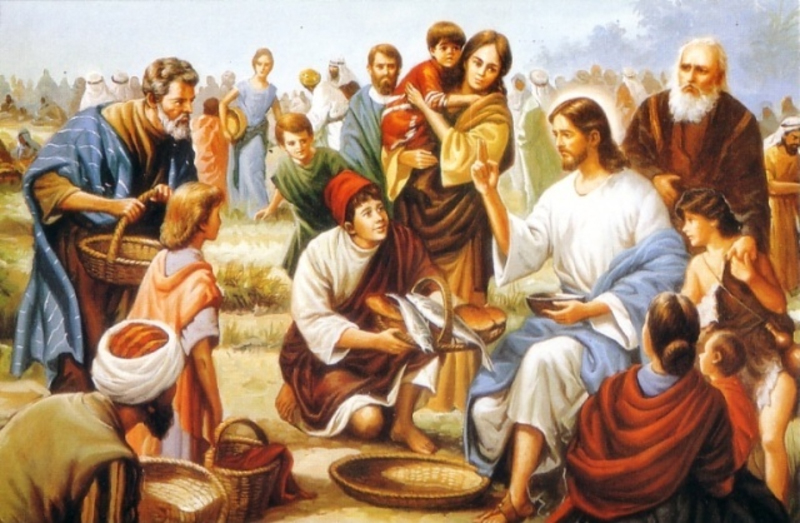 John 6:4-15
The Jewish Passover Festival was near. When Jesus looked up and saw a great crowd coming toward him, he said to Philip, “Where shall we buy bread for these people to eat?” He asked this only to test him, for he already had in mind what he was going to do. Philip answered him, “It would take more than half a year’s wages to buy enough bread for each one to have a bite!” Another of his disciples, Andrew, Simon Peter’s brother, spoke up, “Here is a boy with five small barley loaves and two small fish, but how far will they go among so many?” Jesus said, “Have the people sit down.” There was plenty of grass in that place, and they sat down (about five thousand men were there). Jesus then took the loaves, gave thanks, and distributed to those who were seated as much as they wanted. He did the same with the fish. When they had all had enough to eat, he said to his disciples, “Gather the pieces that are left over. Let nothing be wasted.” So they gathered them and filled twelve baskets with the pieces of the five barley loaves left over by those who had eaten. After the people saw the sign Jesus performed, they began to say, “Surely this is the Prophet who is to come into the world.” Jesus, knowing that they intended to come and make him king by force, withdrew again to a mountain by himself.

Passover was fast approaching and the Jewish people were in a time of reflection of their deliverance from Egypt.

In John 6 is the familiar story of the feeding of the five thousand.  I was struck by how Jesus knew what he was going to do but asked Philip this question anyway: “Where can we buy bread to feed this multitude?”

Philip answered with a natural response, as we often do, seeing only limitations and boundaries. Jesus’ disciples still did not have a full revelation of who He was. They wouldn’t until after His crucifixion. Then they would understand that Jesus was the Bread of Heaven.  They would watch as His body would be broken and fragmented for His people.

In the upper room, Jesus took bread, broke it and said “take, eat in remembrance of me”.  Just as the provision in feeding the five thousand was more than enough.  The provision Jesus made on the cross was MORE THAN ENOUGH.

Take, eat and do this in remembrance of Him.