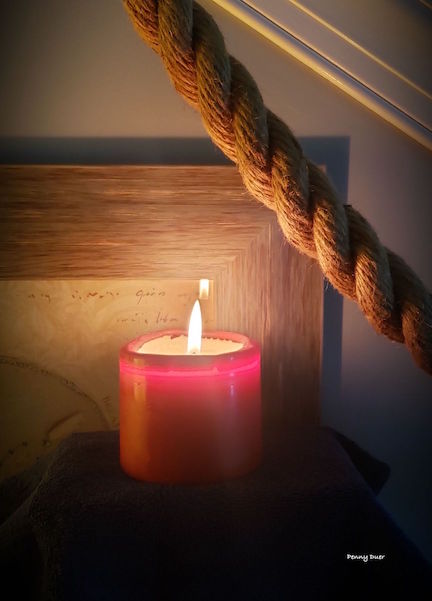 “Jesus told us not to leave Jerusalem, but we’ve been sitting here for ten whole days.  I’d rather be out fishing.”

“I wonder what’s going to happen?  What exactly are we waiting for anyway?”

“Jesus told us we’d be baptized in the Holy Spirit, but what does that even mean?  I would do anything for Jesus, but sometimes He is such a mystery.  The things He says are so hard to figure out!”

“He said it would be just a few days.  What’s going on?  Did we miss it somehow?”

“Jesus said we’d receive power when the Holy Spirit comes.  Do you think this means we’ll be equipped to expel those wretched Romans from our land?  He didn’t exactly answer that question when we asked Him.  I can’t wait to get rid of those pigs!”

None of their questions is new.  The disciples have been going ‘round and ‘round asking the same ones for ten days now, although their perplexity grows as each day passes.  They’re just beginning to come to terms with the fact that Jesus is alive—that He had actually returned from the grave.   This has been another frequent topic of conversation as they tarry in that upper room day after day.  And, of course, the baffling way Jesus had been taken up into the clouds gives them another mystery to brood over as they wait and wait.

Suddenly, a mighty wind rushes through the room!  They gape as flaming tongues of fire blaze on one another’s heads.  They hear their friends speaking other languages—tongues that none of them have ever studied: Egyptian, Median, Sumerian, and more.  Awe.  Bewilderment.  Amazement.  Perplexity.  Wonder.

Don’t you wish you could have been there?  It must have been thrilling to experience the infilling of the Holy Spirit on Pentecost!  But we often skim over the fact that the disciples had been sitting in that upper room waiting for ten entire days… a week and a half of wondering why Jesus told them not to leave Jerusalem and what it would mean to be filled with the Holy Spirit.

There’s a lot of waiting throughout the rest of the Bible, too, including:

Waiting for release.  Waiting in uncertainty, unsure what’s coming next.  Waiting for the fulfillment of promises and the answers to prayers.   And waiting is just as familiar to us as it was to those in Bible times.

These times of waiting are never wasted: Papa God is always up to something.  Sometimes, it’s a matter of the “fullness of time” being realized, like the “times and seasons” Jesus spoke about in this passage (Acts 1:7).  In other situations, there are gifts, lessons, and treasures He wants to work into our hearts and lives as we wait.  Often, it’s a combination of the two.

Perhaps the most precious treasure in our times of waiting is Jesus’ own presence with us.  The Hebrew word often translated “wait” is קָוָה (kaw-vaw’), which literally means to “bind or twist together.”  So it paints a picture of being entwined together with the Lord as we wait.

He’s in the waiting.  His presence sustains us in the times of loss, uncertainty, pain, restlessness, confusion—whatever it is we’re experiencing as we wait.

Prayer: O God of my salvation, I wait for You, entwined with You, confident that no one who waits for You will be put to shame.  (Based on Psalm 25:3-5)

To ponder:  What are some of the gifts, lessons, and treasures you’ve received in times of waiting?