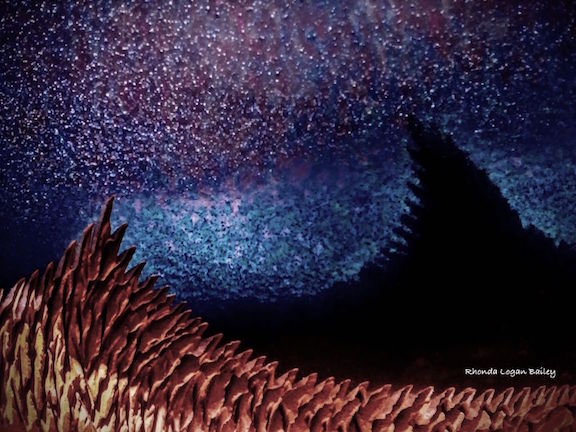 “Only the Shadow knows!”1

“A shadowy figure appeared through the mist.”2

Shadows… They often imply something dark, hidden, illusive, or perhaps even sinister.  They often conjure up gloomy feelings like fear, dread, loss, or anxiety.

When you think of shadows in the Bible, what comes to mind first?  Perhaps the “valley of the shadow of death” in Psalm 23?  And that’s not the only place in the Word where the imagery of shadows is associated with death, misery, and the fleeting nature of life:

These passages and many others use shadows to represent futility, sin, death, and hopelessness.  That imagery is not surprising, of course, considering our typical human response to the darkness of shadows.

But it might surprise you to realize that right along with this dark imagery, there are numerous passages in the Word where shadows depict shelter, protection, and even hospitality.  My favorites are the passages found throughout the Psalms that speak of hiding in the shadow of God’s wings, like this one from the 36th chapter: “How precious is Your lovingkindness, O God!  Therefore the children of men put their trust under the shadow of Your wings” (verse 7).  In fact, that comforting image of being tucked under God’s wing is what prompted me to take a closer look at the “shadows” of the Bible in the first place.  And I discovered that it’s not just His wings that provide refuge:

“Shadow” signifies refuge and relief in other Biblical contexts as well.  For example, when Lot entertained angelic visitors, he fiercely protected them—even to the point of offering up his own daughters—because they had “come under the shadow of [his] roof” (Genesis 19:8).  And the “cloud by day” that God used to guide the children of Israel as they wandered through the Sinai desert must have cast a shadow that gave them relief from the burning sun.  Similarly, Job paints a picture of a servant who “earnestly desires the shadow,” longing for some shade to relieve him from the heat of the day (Job 7:2).

Protection.  Help.  Hiddenness.  Rest.  Shelter. There’s treasure to be found in the shadows!  Let’s take a selah moment and pause to take this in.  Here’s a cinquain—a formulaic poem you can use to ponder the unexpected goodness of a God-given shadow.

I am secure, refreshed, protected, safe

So how do we respond to all that God’s shadow can provide for us?  One way is to intentionally seek shelter there.  David beseeches the Lord for the protection of His shadow in multiple Psalms, including his 17th: “Keep me as the apple of Your eye; hide me under the shadow of Your wings” (verse 8).  Then we can rejoice like David did, even when he found himself in desert places: “Because You have been my help, therefore in the shadow of Your wings I will rejoice” (Psalm 63:7 NKJV).

Hiding in God’s shadow can be an expression of the kind of trust that David expressed when he was hiding from Saul in a cave: “Be merciful to me, O God, be merciful to me!  For my soul trusts in You; and in the shadow of Your wings I will make my refuge, until these calamities have passed by” (Psalm 57:1 NKJV).  From that place of trust, we can yield to the Lord like Mary did when Gabriel told her she’d be “overshadowed” by the power of the Most High (Luke 1:35) and she replied, “Let it be to me according to your word” (verse 38).

These images remind me of the time we were at Morton Arboretum toward dusk.  The geese were settling down for the evening, and we watched one mama spread her wings as her goslings found shelter there.  A couple of her errant babes would stick their heads out or try to escape, but using her strong beak, she tucked each one of them back under her wings and snuggled down over them.  That vivid picture always comes to mind when I ponder taking refuge in the shadow of God’s wing.  It’s a shadow I never need to fear

2 This line appears in The Green Angel Tower, by Tad Williams, as well as Mythical Man, by Sayad Mustafa Siraj and the Sailor Moonanime When Zoisite Returns

3 From the tragedy Herakles, written by Euripides about 416 BC