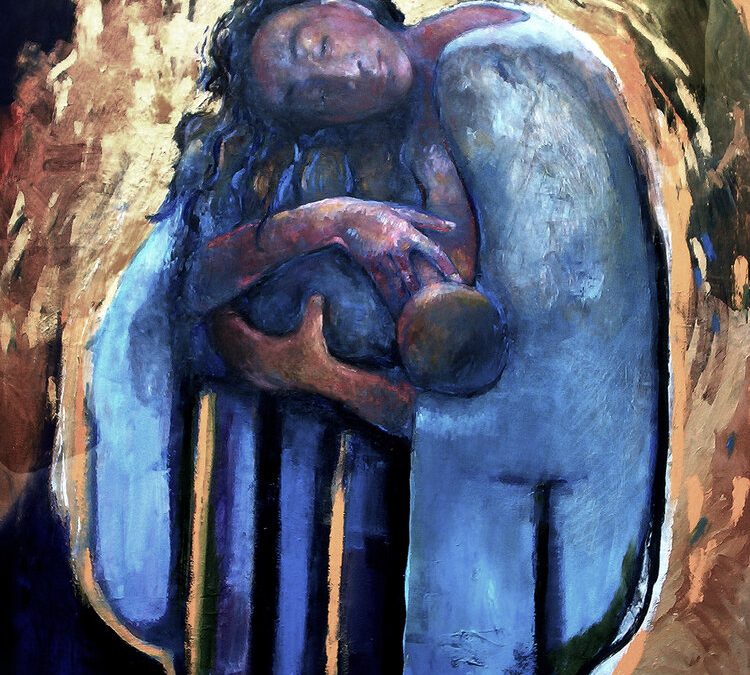 I had been met by nothing but scornful glances and reproachful comments during my whole pregnancy. But the events surrounding the birth of my son, Jesus, confirmed to me the truth that he really is Messiah. I call these moments my “heart treasures.” I hold on to them and ponder them whenever it seems crazy to think my son could actually be Messiah.

First, there were the shepherds who came and visited us. They were practically falling over each another as they tried to describe the angel who had appeared to them in the middle of the night announcing the birth of Messiah. Apparently, he was scary and bright—kind of like the one I saw when I was told I’d be the mother of Jesus.

They went on to tell us about the huge, brilliant assembly of heavenly beings that suddenly filled the whole sky. A deafening roar filled the night as these creatures responded to the announcement of Messiah’s birth with shouts of glory to God. Sounds so dazzling—I’d have liked to have seen that myself! You can see why this astounding visit from the shepherds the night of Jesus’ birth is one of my heart treasures!

Just a few days later, we made the trip from Bethlehem up to Jerusalem to have Jesus circumcised. Part of the purification process includes sacrificing a lamb—or in our case, two doves because we couldn’t afford a lamb. During all these ceremonies, an elderly prophetess named Anna came up to us and began to proclaim—not just to us, but to anyone who would listen to her— that our son was the long-awaited redeemer. She made quite a scene! Her cries of thanksgiving to God were so loud they could be heard all over the entire temple!

That same day, an old man named Simeon joyfully grabbed Jesus, held him in his arms, and declared that he could die in peace because he was holding God’s long-awaited salvation. Simeon called my baby “the glory of Israel.” It did my heart good to hear Anna and Simeon’s marvelous announcements—words that echoed the promises we’d already received. Simeon, however, also had some other words that weren’t quite as encouraging. He told me that a sword would pierce through my own soul because of the life of my son.

To be honest, I’ve experienced that piercing again and again through the years and not too much of the glory that Simeon talked about. So I’ve often returned to the things the shepherds, Simeon, and Anna said, pondering them and treasuring them in my heart as I’ve continued to watch my son’s incredible but puzzling life unfold.

Not too long after these events in Jerusalem, while we were still living in Bethlehem, we had an extraordinary visit from some astrologers, who had come all the way from somewhere in the East—Arabia or Persia, perhaps. They called Jesus “the king of the Jews.” They even told us that Jesus had his own star—a star which they’d followed all the way to where we were staying. I can’t quite figure out how a star could have led these visitors right to the place we were living—even if they were astrologers! But I was fascinated by the notion that my son has his own star. These astrologers worshipped Jesus and gave him precious, exquisite gifts like myrrh, frankincense, and gold. What baby receives presents like that from strangers—and foreign strangers, at that?

Please understand: Jesus was like any other baby. He ate, he slept, he pooped. My days were filled with the reality of being the mother of this precious but seemingly ordinary little boy. So the promises about Jesus’ identity as Messiah could have easily begun to fade into the background. But to have these exceptional visitors show up reminded me again that my son is indeed the king of the Jews. My heart-treasure trove was opened once more and new gems were added.

As I held my newborn son so many years ago, I never would have dreamed that God’s promises would be fulfilled in such strange ways. But in the end, I realized that it was worth all the grief, shame, disappointment, and confusion. I’d had the honor of bearing the Messiah in my womb, of giving him life, and raising him to adulthood. I’d walked with him and even became one of his followers. So I did finally see him come into his kingdom—an unshakeable kingdom that would have been unfathomable to me when I first held him in my arms.

And since God in his tender mercy knew all of this was far beyond the scope of my imagination, He kept providing heart treasures all along—reminders that each and every one of His promises would indeed be fulfilled. So my belief never flagged—at least not for too long. He saw my heart. He knew I would need all these reassurances if I was still going to be able to keep holding on, year after year, to the truth of what He’d spoken about me and my son.

In His kindness, God nourished me again and again through the years with these tender heart treasures. They sustained my soul as I waited for the fulfillment of all His promises.

Reflection: How about you? What are you waiting for? What specific promises are you holding on to that have yet to be fulfilled? What particular “heart treasures” has Papa God provided to reassure you that His promises still stand?

Prayer: Father God, thank You so much for Your heart treasures that give me something concrete to hold on to while I’m waiting to see Your promises fulfilled.  Please help me to recognize the heart treasures You send my way, to cherish them, and to ponder them in my heart, like Mary did.

Photo of painting, “A Sword Will Pierce Your Heart,” by Daniel Bonnell