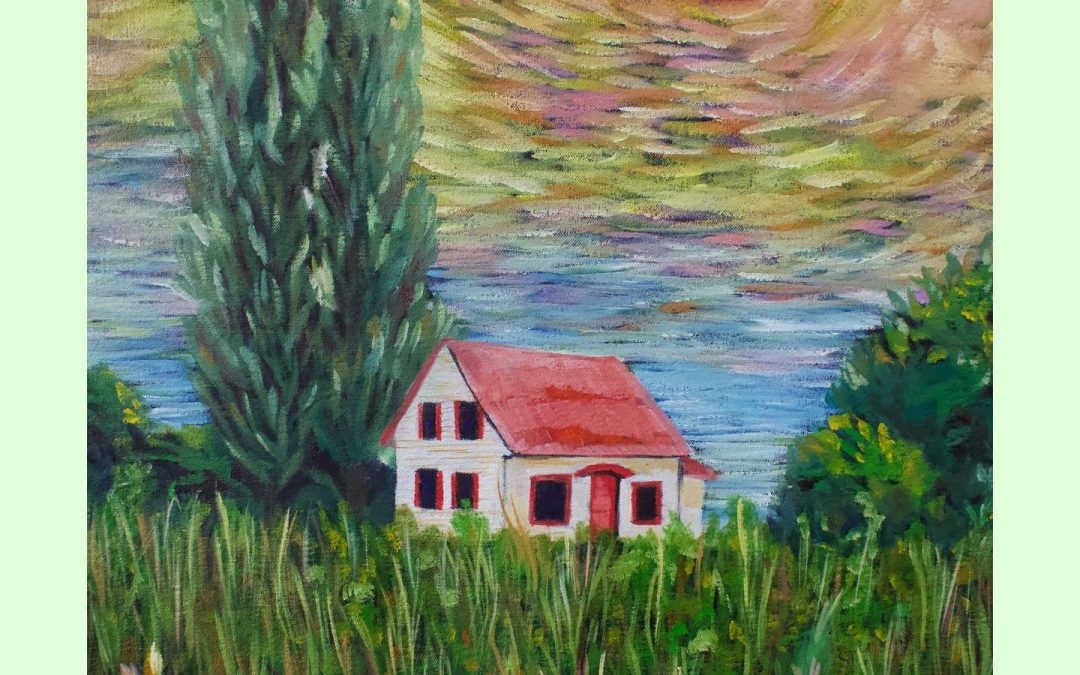 “A thousand may fall at your side, ten thousand at your right hand, but it will not come near you.” Psalm 91:7 (NIV)

Nearly ten years ago, I left Fort Wayne, Indiana and headed to Flagstaff, Arizona. I felt like God was telling me it would be my time of wandering in the wilderness, and that turned out to be true. My fiancée moved to live near me and we got married, but still we were stuck in a place neither of us wanted to live. We tried for the longest time to find our way back, but every plan we made fell apart. I was mad at myself for not being able to figure out a strategy to make this all work. I was mad at my wife for things not working on her end. But mostly, I was mad at God for not moving in the way I thought He should. He was giving us a vision of what the next part of our life was going to be like, and it was something that couldn’t be accomplished where we were at. He’d have to move in our lives to get things done. And yet it didn’t look like He was.

Then, one day, my mother-in-law talked to us about moving back, and something stirred in our spirits. We had no job lined up, no plan, but if God was in it, then we were more than ready to go. But was God in it? We didn’t have the money to make the move, we didn’t have jobs lined up or a place to stay, and the workload would put a mountain of stress on us. In faith, we decided to start taking the preliminary steps and see what happened.

What happened was a series of miracles. We received inheritance money from our grandparents. But we didn’t want to rely on that because we felt God had other plans for it. So we’d need some extra income to stockpile cash before the move. Then I got a job preparing for the 2020 census. This solved our financial worries but introduced a new one: once I started this job, my wife and I would be spending every waking hour either working or watching our son, with no time to rest or spend time together, let alone pack for the trip. About the only way it was going to work out was if God brought the whole world to a stop so we could get stuff done.

And then the pandemic hit.

It should have been a disaster. We should have been overworked, stressed beyond the breaking point, brought to financial ruin, and in a complete mess. Instead, it was one of the best times of our lives. The Census Bureau called to tell me that going door-to-door didn’t make sense in the middle of a pandemic. They would continue to pay me, but I would not be allowed to work. My wife had a large amount of sick time saved up, but she didn’t feel good about pretending to be sick when she wasn’t. However, the library suddenly curtailed operations and said that anyone who wanted to take sick time off to care for family members could do so. So she cut her work week back to eight hours and was still getting a full paycheck. We were in the best financial shape of our lives despite putting in maybe a ten-hour work week between us. While other people had to tighten their belts to make it, we were so overwhelmed by God’s provision that we increased our charitable giving and spent more at local businesses that were suffering. All the while, we were able to make preparations for moving at our leisure.

My dad had passed away, and my mom was looking to live closer to family. When she heard we were considering moving, she traveled to Fort Wayne to get a feel for the real estate market. She ended up buying a house before we had even made our final decision to move, and she was living there before we arrived. Meanwhile, my in-laws invited us to stay at their house for a few months so we could look for jobs and a house. And those three months living with my in-laws turned into an entire year.

Even still, in the middle of a pandemic, where people’s lives were being torn apart, it could easily have ended in disaster. Instead, God was with us every step of the way. Within a couple months of moving back to Fort Wayne, we had deeper and stronger relationships than we ever had in Flagstaff. There were still a few hiccups. The job search took longer than we expected. And searching for a house in the middle of the Great Housing Shortage of 2021 was, well, let’s just say I’m glad God brought us a house we love because I never want to repeat that mess. But in the end, we went through the storm of moving without jobs in the middle of a pandemic, and God carried us through by His miraculous grace.

God revealed to me with utmost clarity that He truly is who He said He is in the Bible. I’d like to say I’ve fully learned that, but I still struggle. I still have challenges I’ve yet to overcome and dreams that I’m still waiting on God to fulfill. So I keep coming back to this story, reminding myself that God has a plan for everything I will ever encounter, and He will carry me through. He’s already proved it; I just have to keep believing it.