Give It to God 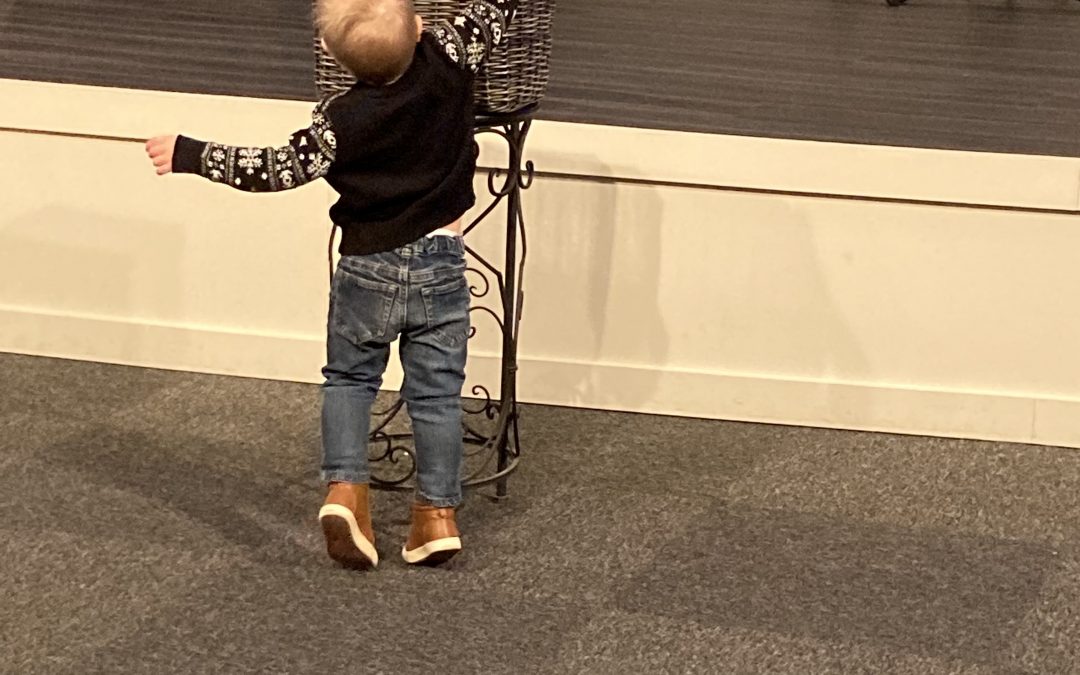 My son recently turned two, and my wife and I are teaching him to do some tasks on his own. He takes his trash to the garbage can. He puts away his books. And on Sundays, when the congregation brings their offering up front and puts it in the basket, I hand him the money, and he gleefully runs up and puts it in.

His grandma attends church with us, and she’s a ready supply of treats. One day, he finished his fruit snacks and then promptly walked to the front of the auditorium and dropped his wrapper in the offering basket.

My son might not know the difference between a trash can and an offering basket, but in some ways, I feel like he understands the principles of letting go better than I do. He saw something he didn’t need anymore and didn’t want to hold onto and realized it needed to be given over to God, and he was glad to hand it over. He didn’t worry about whether he’d need that empty wrapper later on any more than a sparrow worries about the future or a lily of the field worries about tomorrow’s outfit. He wasn’t focused on who was watching or what they were thinking (I was but he wasn’t). And once he threw it in, it was gone from his mind; no regrets.

As for me, I’m not so quick to hand things over to God. I decided to give up social media for a time. I was initially looking at it more as a big sacrifice like the lamb without blemish out of the Old Testament. I was looking at it as a burdensome task I was undertaking to impress God. (As if Jesus hadn’t already done all of that.) Instead, I found that as soon as I cut the habit from my life, I realized how much time and energy I had been dedicating to serving it, and how much it had grown into an addiction and a crutch in my life. Giving it up wasn’t presenting God with a pure, unadulterated sacrifice. I was throwing my trash in the offering basket.

The next time you’re feeling weighed down, stressed out, or overburdened, stop and take a look at what’s in your hand and in your heart. Is it something you need to be carrying around, or is it something that belongs in the hands of God? And if, at your next church service, you see an exasperated father fishing around suspiciously in the offering plate, please extend him some grace. You never know what someone else is going through.

Prayer: God, help me see the ways in which I’m carrying around trash I don’t need anymore. I want to give that over to You because You’ve got something so much better in mind for me. Thank You.

Song: “The Things We Leave Behind” by Michael Card https://www.youtube.com/watch?v=EzlZ4QXMMBw