Dying to Live – Week 5 of Lent 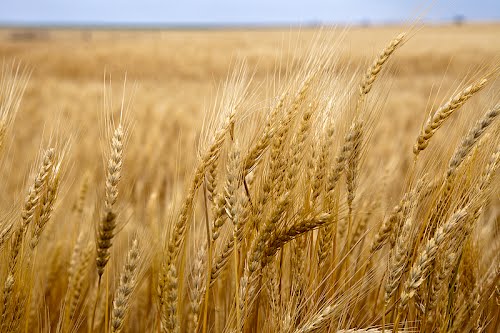 John 12:20-33
20 Now among those who went up to worship at the feast were some Greeks. 21 So these came to Philip, who was from Bethsaida in Galilee, and asked him, “Sir, we wish to see Jesus.” 22 Philip went and told Andrew; Andrew and Philip went and told Jesus. 23 And Jesus answered them, “The hour has come for the Son of Man to be glorified. 24 Truly, truly, I say to you, unless a grain of wheat falls into the earth and dies, it remains alone; but if it dies, it bears much fruit. 25 Whoever loves his life loses it, and whoever hates his life in this world will keep it for eternal life. 26 If anyone serves me, he must follow me; and where I am, there will my servant be also. If anyone serves me, the Father will honor him. 27 “Now is my soul troubled. And what shall I say? ‘Father, save me from this hour’? But for this purpose I have come to this hour. 28 Father, glorify your name.” Then a voice came from heaven: “I have glorified it, and I will glorify it again.” 29 The crowd that stood there and heard it said that it had thundered. Others said, “An angel has spoken to him.”30 Jesus answered, “This voice has come for your sake, not mine. 31 Now is the judgment of this world; now will the ruler of this world be cast out. 32 And I, when I am lifted up from the earth, will draw all people to myself.” 33 He said this to show by what kind of death he was going to die.

“Oh, today is going to be a fun day”, Grandma Libby thought as she made her bed and hung up the damp towel from her shower. Her movements were brisk and routine as she made her way to the kitchen, tidying up as she went. Just as she finished her tea, placing her cup on the side of the sink, she heard the car door slam and tiny feet racing to the back door. In flew Jonathan James, her five year old grandson, all smiles and energy with his yellow backpack bouncing on his back. The love between them was evident as arms flew up and encircled the other in a hug that was….well, more than a hug.

Soon they were settled on the couch with sides touching amidst the picture books, loose papers and colored markers scattered about. Pulling a wrinkled paper from his backpack, Jonathan James announced with pride, “and this is the picture I colored in Sunday School.” Grandma Libby looked at the neatly colored picture. On one half of the page were small shoots planted in neat rows in a garden, on the other half was a tomb with a large stone still in place blocking the opening. It read:

24 Very truly I tell you, unless a kernel of wheat falls to the ground and dies, it remains only a single seed. But if it dies, it produces many seeds. 25 Anyone who loves their life will lose it, while anyone who hates their life in this world will keep it for eternal life.

“Well done, child, but I am wondering if you understand this.” Jonathan James frowned and replied, “No. Not really.”

“Let’s take a walk”, Grandma suggested.  And out to the garden they went.

Walking down the path to the garden in the warm sun, Grandma pointed to the hills of cucumber seedlings up about an inch or two. She explained how the seed was pressed down in the warm soil and the life hidden within each seed would slowly burst out of the hard shell and grow. “Tell Grandma what happens next.” Jonathan James took a deep breath and replied, “cucumbers grow on the vines.” “How many?” asked Grandma.

Smiling now and dancing a little jig, he shouted, “TOO MANY!!”

“That’s right”, laughed Grandma, “and then we share them with others, right?”

Holding her grandson in her lap, Grandma went on to explain that when Jesus died He was like a seed planted deep within the soil and as that seed resurrected from the soil He produced much fruit. “Jesus didn’t have to die, honey, but He chose to die because He wanted only to do the will of His Father. And because He died and rose again, we can live with Him forever. His death was not fruitless or final. “We too can give our lives so others can live and one of the BEST ways to do that is to tell them about Jesus and the love and Life He gave us”. Jonathan James seemed to understand. Off they went looking out over the garden and enjoying the Spring sunshine.

Many years and many gardens later, after Grandma Libby had died, Jonathan James realized as he was watched his son and daughter playing in the sunshine that the seed of life within Grandma Libby had produced much fruit as well.

Lenten Prayer:
Father, thank you for forgiving me of producing rotten and unusable fruit in my life. In this season, I die to my selfish will and embrace yours. With full confidence and assurance I plant myself in the garden of your love knowing you will care for me. My hope, my desire is for you to be glorified in and through me. You are the Master Gardener of my soul. Jesus died for me, I live for you. Amen