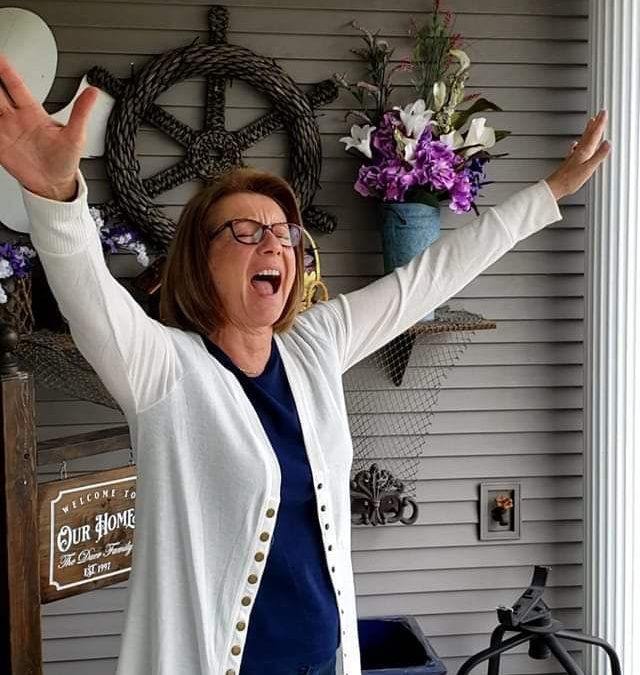 Have you ever been lost and afraid in the dark? Did you whistle to keep up your courage? Did it work? Probably not very well. It was mostly a show, a bit of bravado to keep panic at bay for the moment.

Late one night, David was trapped in his house surrounded by King Saul’s troops. Just a few days before, he had been a favored and beloved member of the King’s household as Saul’s music therapist. David’s skillful harpistry was the only thing that brought peace and comfort to Saul’s troubled mind. In gratitude, the King had made David his son-in-law and a captain in Israel’s army. But Saul was jealous of David’s success and popularity with the people of Jerusalem. So jealous in fact, on more than one occasion, he tried to kill David by hurling a javelin at him. Finally, David had run from the palace and gone home. That’s when he wrote Psalm 59. *

In spite of that life-threatening situation, David did not give in to fear, doubt, or self-recrimination. He kept his trust in the God who had delivered him from the lion and the bear and from Goliath, the giant Philistine. He sang this threat into a declaration, this captivity into freedom, and this defeat into victory.

We may never find our homes surrounded by people trying to kill us. But we are often faced with needs and obligations, conflicts and regrets, responsibilities and expectations that keep us spinning. We are surrounded and overwhelmed. We feel afraid, alone, and lost in the dark. At such times, singing may be the last thing on our minds while whimpering, crying, or screaming might seem more appropriate. But singing IS the weapon of choice to defeat the enemy.

Rejoice because of His protection.

Exult in your deliverance.

Rest in His refuge.

That’s what David did, and he not only survived that night, but he went on to fulfill God’s calling and anointing for his life.

Singing during the darkness of trouble becomes a declaration of faith and hope while allowing the peace of God to permeate our situation. Then, regardless of what is growling around outside, peace, joy, and victory reign within.

Scripture Meditation: “But I will sing of Your power; yes, I will sing aloud of Your mercy in the morning; for You have been my defense and refuge in the day of my trouble” (Psalm 59:16 – NKJV).

Prayer:  Heavenly Father, we declare Your mighty power through the night and sing of Your mercy in the morning!