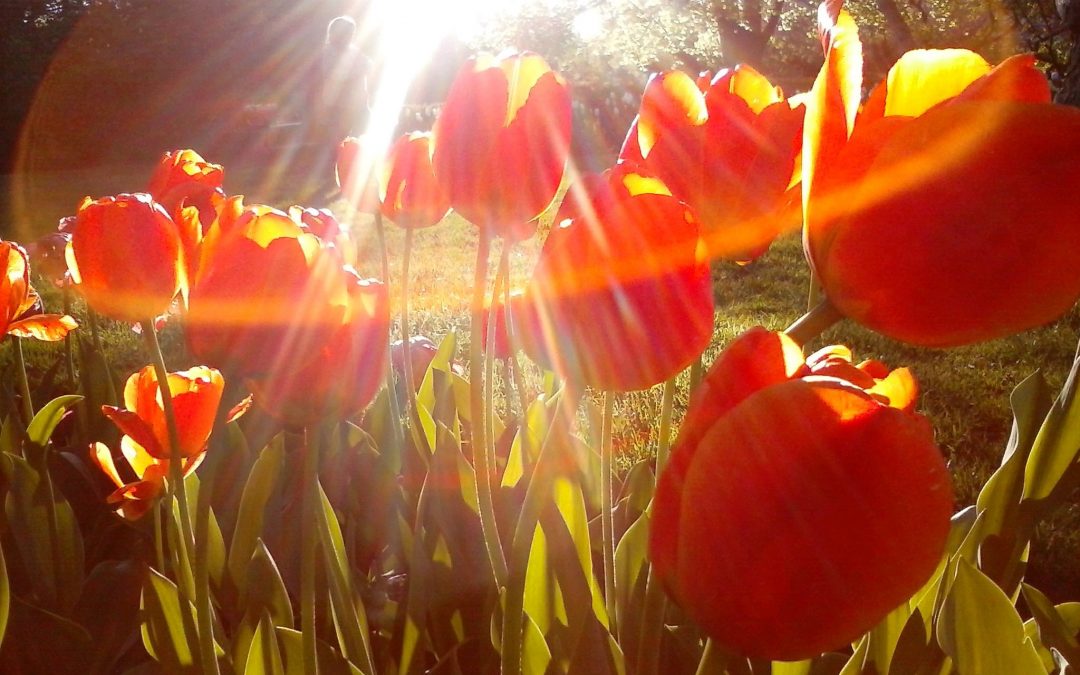 Light.  I crave it.  I’m drawn toward it.  I need it—especially in winter, when my physical and emotional well-being become drained by the lack of sunlight.  I take my kitchen curtains down in the winter because I’m trying to let every possible beam of sunshine into our home.

Thank heavens, we’re finally emerging from winter!  But I’m still reveling in Jesus’ identity as light—a facet of His character that sustains me in times of darkness—whether physical, emotional, or spiritual.  John describes Him this way:

But John isn’t the only one who characterizes Jesus as being full of light.  Over the past few months, I’ve been exploring this facet of His identity, which can be found throughout the Scriptures:

Jesus is not the only member of the Trinity who embodies light.  This, of course, makes complete sense since Jesus and the Father are one (John 10:30).  There are a number of places in Scripture that underscore Father God’s identity as the creator and source of our light—physically, emotionally, and spiritually:

Having feasted on this banquet of Scriptures that speak of God the Father and Jesus Christ as light, I fully expected to find similar references to Holy Spirit.  But as I studied, I was mystified by the lack of Scriptures that spoke of the light of the Spirit.  That really caught me off guard.  Light is so obviously and fully a characteristic of the Godhead.  Why doesn’t it show up in the Scriptures relating to the Spirit?

Then a thought occurred to me—I welcome you to test it with me: What if we are the reason that there is no mention of the light of the Spirit?  What if the Spirit’s light comes when it shines through us?  After all, Jesus called us the light of the world!  He urged us to let our lights shine before others so they can see our good works and glorify His Father (Matthew 5:14-16).

Of course, we carry this light only because the Holy Spirit dwells in us.  It’s not like we could manufacture this light apart from Him!  But the truth remains that we’ve been given a commission to be carriers of the Lord’s light wherever we go:

Let’s pause right now and bask in the brightness of this truth, that we have the privilege of being light bearers.

Then let’s look back over these Scriptures and choose one–perhaps a passage that has particularly caught our attention.  We’ll take a couple of minutes to ponder it.  Sit with it.  Use our holy imagination to enter into it.  What might the truth of this Scripture look like as it comes to life in us?

Then let’s allow our ever-brightening spring days to continue to remind us that we are Spirit-filled children of light, who walk in light bearing the armor of light, as we carry God’s light to the nations.

I am a child of light.  Where can I shine today?