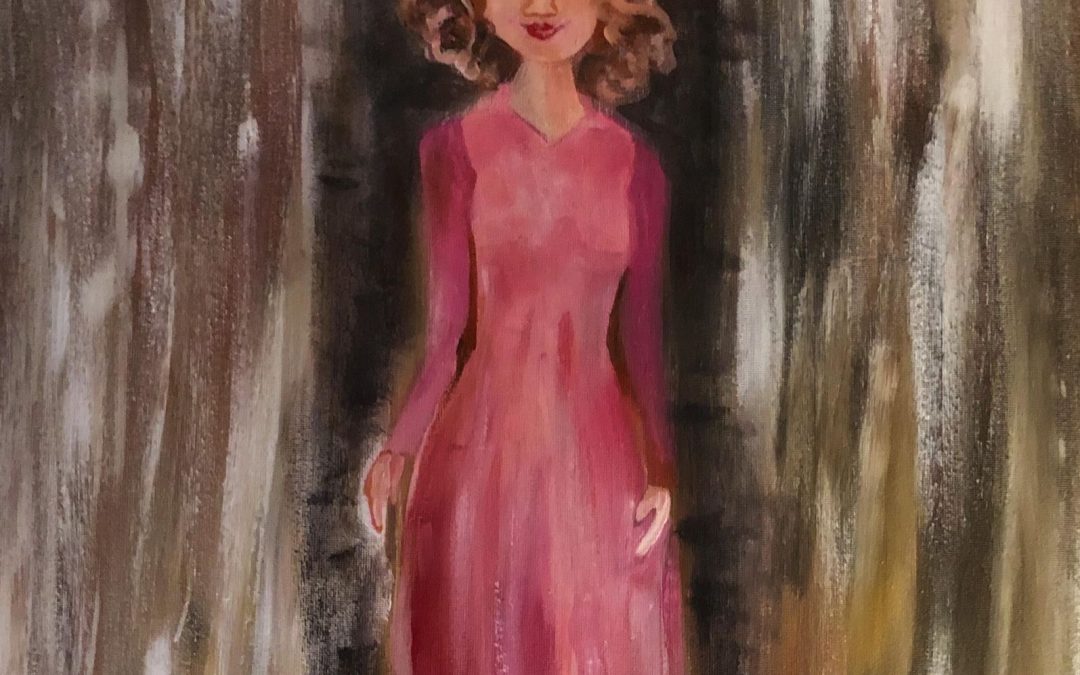 I was in utter shock and amazement. My first inclination was to walk up to her and ask, “What are you doing here?” Somehow, I knew that I shouldn’t approach her as she stood inside the tiny, doorless building. She was beautiful with fair skin and curly, light brown hair and wore a long, pink robe. I noted instantly that she was barefoot and wingless. She looked right at me and was smiling as if she knew me! I stood there for a few minutes longer simply staring at her. She held my gaze and continued to smile.

I was 11 years old on that hot, dusty Sunday afternoon in late August of 1967. This encounter of profound significance took me on a journey, which I continue to this day — the journey of knowing God. I was raised in a devout, Catholic family but wondered, “Was there really a God? Was He watching me? Did He know me? Did He really love me? If I was good enough, would I go to heaven?”

That Sunday afternoon, my sister Mary Beth and I were playing with some friends in a huge sand pile not far from our house. We had carefully constructed elaborate sand edifices resembling castles, and suddenly, one of my friends knocked mine down and started throwing sand at me. Furious, I shouted, “I’ve had enough of you! I’m going home!” and began stomping down the gravel road. My sister was not far behind me as I walked past the tennis court (which the town converted into a skating rink in the winter) and the small building next to it — a renovated chicken coop used as a skate-changing house. For some reason, I turned my head and glanced in that direction with hot, angry tears racing down my sand-covered face.

That’s when I saw her. No one dressed like that in my little town — not even in the 1960s. And she kept looking at me and smiling as if she knew me. But I had never seen her before. I brushed away my tears, drying my eyes to get a clearer view. Sure enough, she was still there. She was real. And I knew she was an angel! I wanted so badly to talk to her, but something held me motionless in my tracks. I was aware Mary Beth had walked on past me never questioning why I had stopped. Eventually, I turned and followed her home at a distance.

Later that evening, I pondered the meaning of this visitation. I knew that angels appeared to people in the Bible but never dreamed I would see one myself in my hometown! So many questions swirled in my head! Was she my guardian angel? Did she have a message for me from God? Why did she come on this particular day when I was so hurt and angry? Why did she appear in such a humble hut with no shoes? And why, oh why, didn’t I talk to her? I had been taught the Guardian Angel Prayer and prayed it then:

Angel of God,
my guardian dear,
To whom God’s love
commits me here,
Ever this day,
be at my side,
To light and guard,
To rule and guide.
Amen.

I felt a warm glow around me as I drifted off to sleep that night, thinking to myself, “Maybe God has a plan for my life. Now I know He sees me and knows me!”

Many years later, I would discover that much was happening on the world scene in 1967. It was in June of that year that the Six Day War occurred in which Israel recaptured Jerusalem and the Temple Mount after being in Gentile hands for over 1,870 years. The swift outcome of that brief war was truly a miracle as shown by unexplained enemy blunders. There were many testimonies of angels being seen in Israel during the Six Day War.

1967 was also known as the “Summer of Love.” It was when as many as 100,000 people converged on the Haight-Ashbury neighborhood of San Francisco, which created a phenomenon of cultural and political rebellion called “The Hippie Movement.” This movement proved to be fertile ground for the startling new “Jesus People Movement,” which began shortly after.

Ironically, the summer of 1967 also saw some of the worst violence in U.S. cities in our country’s history due to race riots and insurrections that occurred in places such as Detroit and Newark. This aspect of the summer of ’67 is often called “The Long, Hot Summer.”

Finally, 1967 is thought to be the beginning of the Catholic Charismatic Movement. This movement was the answer to the prayer of Pope John XXIII that the Holy Spirit would create a New Pentecost and a transformation in the Church. It began in February of 1967 at Duquesne University in Pittsburgh where the Holy Spirit came and filled several of the students, spread quickly to the University of Notre Dame, and from there, spread across the nation and the world, and the Catholic Charismatic Movement was born.

As an 11-year-old girl, isolated in a small town in Iowa, I was totally oblivious to all these astonishing events taking place across the world in the same year of my angelic visit. I didn’t realize that in just a few short years, I would be swept up into a much bigger picture. I didn’t know that I would discover Hebrews 1:14, which clarified the meaning of the angelic visit seven years prior: “Are they not all ministering spirits sent out to serve those who are going to inherit salvation?” This angelic visit in 1967 set the stage for the miraculous event that took place on May 3, 1974. This was the day I encountered Christ Himself and became born again. But that’s a story for another time…